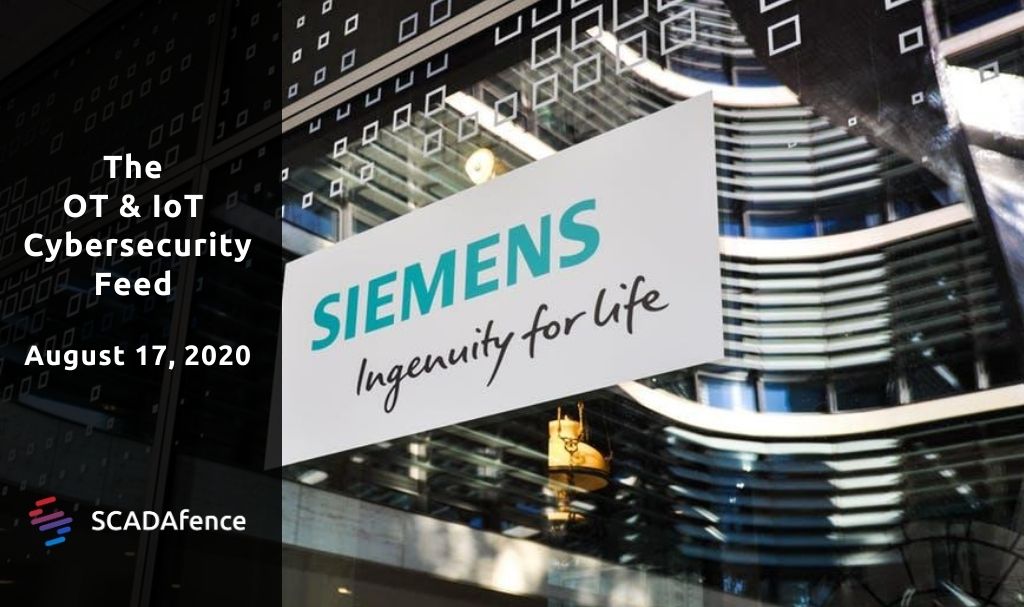 I'm a cybersecurity superhero that ensures that OT & IoT networks are safe.

Here is my commentary on the latest headlines in OT & IoT security.

SCADAfence Research - Siemens SCALANCE and RUGGEDCOM switches, as well as security network segmentation devices are exposed to a Remote Code Execution vulnerability. A successful exploitation can significantly lower the security of the target organization's network by allowing attackers to access OT networks that are supposed to be protected by those devices.

Additionally, Siemens Desigo CC Windows Application, which is designed for controlling and programming Building Management Systems (BMS) is vulnerable to a Remote Code Execution vulnerability. A successful exploitation may result in the attackers controlling or sabotaging the BMS system.

SCADAfence Research  - New vulnerabilities were discovered in an automation system for smart homes and buildings that allowed taking over accounts belonging to other users and control associated devices. The vulnerabilities found in those devices might allow attackers to take control of the building's air conditioning system, lightning and more. For more on BMS security, click here.

SCADAfence Research - JSOF, a local team of cybersecurity researchers, released the second whitepaper on their DNS client exploitation vulnerability (CVE-2020-11901) that got CVSS score of 9.1. This was the vulnerability that was demonstrated in their video. They show this vulnerability to be really severe but in my opinion it is less severe than they market it. The vulnerability is the DNS client of target devices. Because most of the affected devices don't use DNS at all (i.e,PLCs / OT devices / Medical devices) generally use direct IP addresses to communicate - not DNS hostnames, thus it is not possible to attack them. Also, if some of them do send DNS queries, you have to be in some sort of MITM to see them and send them a response with an exploit.