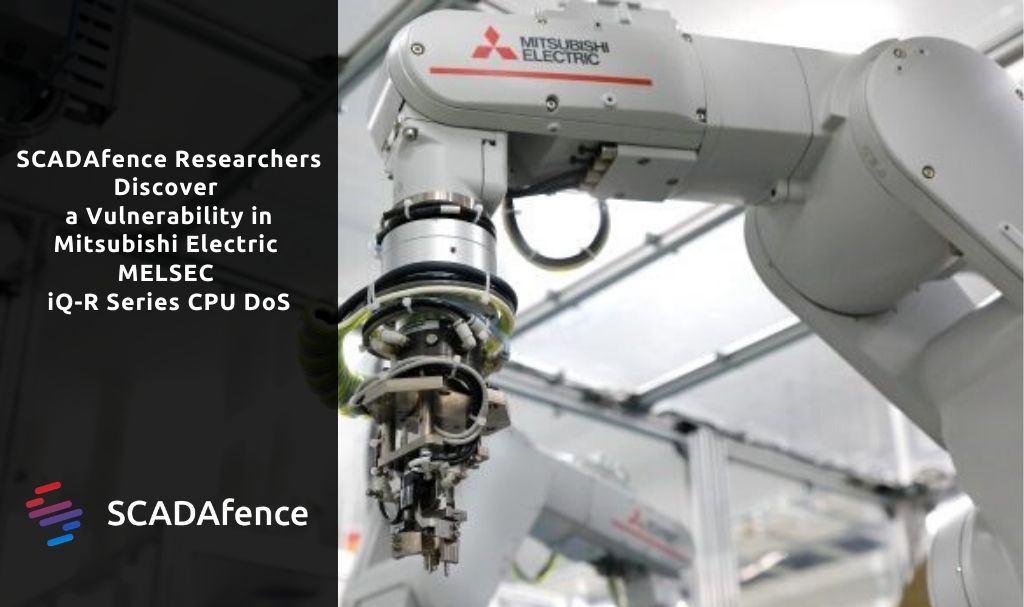 As part of our mission to secure the world’s OT, IoT and Cyber Physical infrastructures, we invest resources into offensive research of vulnerabilities and attack techniques.

CVE-2020-13238 is a remote CPU DoS vulnerability in Mitsubishi Electric iQ-R Series that has been discovered by SCADAfence researcher Yossi Reuven.

When an attacker sends a short burst of specially crafted packets over the MELSOFT UDP protocol on port 5006, which causes the PLC’s CPU to get into fault mode, causing a hardware failure (error code: 0x3C00 - hardware failure). The PLC then becomes unresponsive and requires a manual restart to recover.

What SCADAfence Recommends Vendors To Do

Upgrade to the Latest Firmware

Most of Mitsubishi Electric's iQ-R Series PLCs are not running on the firmware versions later than Version 40. In addition, automation engineers don’t usually upgrade to the latest firmware, which can lead to their PLCs being exposed to a DoS (denial of service) attack. Upgrading to the latest firmware (Version 49) can prevent this attack from happening.

MELSOFT is an engineering software for Mitsubishi PLCs and gives users the option to use either the (connectionless) UDP and (connection-oriented) TCP protocols for programming and configuring the devices. SCADAfence recommends to block Block UDP port 5006 since the cyberattack leverages the connectionless UDP protocol and can cause the PLCs to stop functioning and cause a denial of service. Instead, users should use the TCP protocol for communicating with devices in the shop floor or the control network.

The SCADAfence Research team would like to thank the Mitsubishi Electric team for a speedy vulnerability reporting process even during the challenging COVID-19 times.

We wrote a Python POC (GPLv3) script of the exploit in action. You can download it for free and use this for educational / research purposes.

Warning: The script will crash the PLC’s CPU - don’t use in production.

To get this free python script, please send an email to christoph@scadafence.com