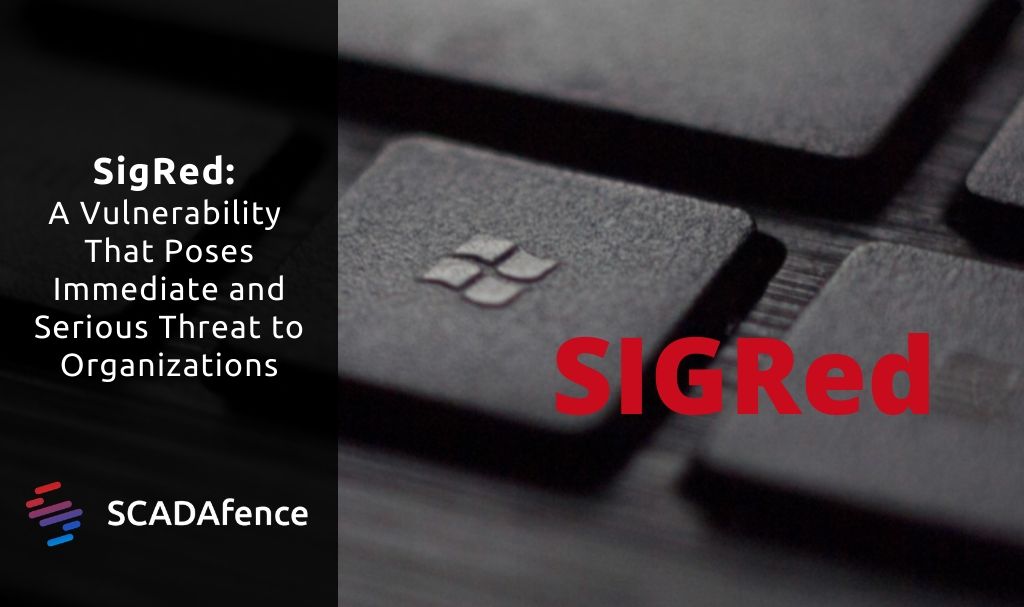 SigRed is a vulnerability that was exposed yesterday (July 14th 2020) by the security firm Check Point. Successful exploitation of the vulnerability could lead to a malicious actor gaining control of the organizational DNS server, often leading in turn to domain administrator privileges, allowing the attacker complete control of any domain-joined Windows machine.

The vulnerability lies in Microsoft’s DNS server and could be triggered from either inside the network, by an attacker controlling an internal asset, or, in some conditions (as stated below), from outside the network, making it even more dangerous.

As Microsoft Active Directory is deeply integrated with DNS services, the DNS service is virtually always enabled on domain controllers. An attacker gaining control of a domain controller through the DNS service could lead to a complete compromise of the network, allowing the attacker complete access to all Windows machines joined to the domain, whether patched or not, using the domain administrator privileges of the compromised domain controller. Even if the compromised DNS server does not serve as a domain controller, It is likely that the Domain administrator credentials are stored locally and can be retrieved by a tool such as Mimikaktz. Furthermore, the attacker is also able to return custom responses to DNS, allowing man-in-the-middle for unencrypted protocols, such as HTTP, FTP and others.

The precondition for this exploit is that the local organization’s DNS server is configured to recursively resolve queries to external domains using root-hints. This configuration is the default configuration when the DNS service is installed.

Exploitation is either impossible or further complicated in the following cases:

The vulnerability can be exploited in two ways:

Most OT networks have Windows endpoints that are used for process control, technical maintenance and others. An attacker successfully exploiting this vulnerability from either inside or outside the network can gain domain administrator privileges, allowing full access to all domain-joined workstations and servers even if already patched.
At this point, the attacker will be able to install ransomware, malware, steal information, disrupt OT operations and/or access any machine in the domain for any purpose.

As many OT networks are slower to patch systems than IT networks, they are exposed for a longer period of time, allowing attackers to exploit this vulnerability. As a successful exploitation often results in domain administrator privileges, a single unpatched DNS server is sufficient to compromise the entire network, even if all other DNS servers are already patched.

Microsoft has released a patch (July 14th 2020) to the vulnerability. We urge everyone to update their Microsoft Windows Servers as soon as possible.

If for any reason one is unable to currently patch its Windows Servers, running the following command would limit the DNS response size to 0xFF00 (65280), and will prevent the vulnerability from running