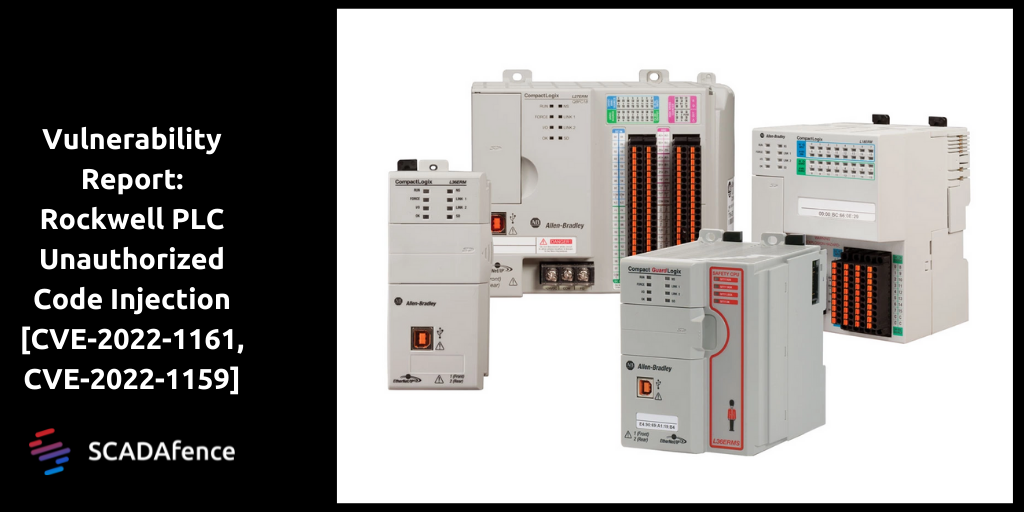 Two vulnerabilities in Rockwell programmable logic controllers and engineering workstation software have been disclosed. These vulnerabilities give attackers a way to modify automation processes and potentially disrupt industrial operations, cause physical damage to factories, and perform other malicious actions.

The impact from exploiting these vulnerabilities is essentially the same: they allow attackers to change the logic flow in a PLC to trigger new commands being set to the physical devices that are being controlled by the system.

The SCADAfence Platform detects new connections, connections from external devices and from the Internet, and unauthorized connections to OT assets.

Furthermore, the platform detects start, restart, and stop commands sent to PLCs in the network, as well as remote mode change commands which are needed steps to alter programs in Rockwell’s Logix Controllers.

The disclosed CVEs are currently under NIST-NVD analysis - when the analysis is done they will be added to the SCADAfence CVE database to help detect devices that are potentially vulnerable.

Rockwell developed a Compare tool that can detect hidden code running on a PLC:

SCADAfence recommends  taking the following measures to minimize the risk of exploitation: