The Next WannaCry Is Here & There’s No Patch Available Yet 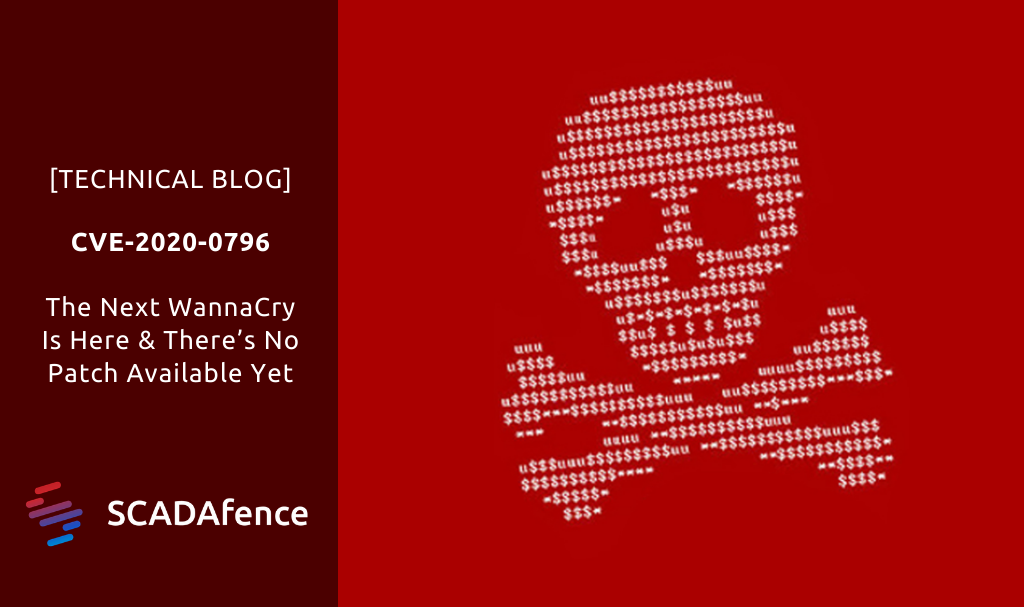 What Does It Mean For Critical Infrastructure, Manufacturing & Building Management Systems?

According to Microsoft, older operating systems such as older builds of Windows 10 or Windows 8 won’t be discovered as affected in the future, since the compression feature wasn’t available on them.

The Risks This Causes To Industrial Control Systems

The last time that such vulnerability has been discovered was in 2017, in CVE-2017-0143 (SMBv1), and it wrecked havoc in industrial control systems by ransomware worms exploiting the vulnerability, such as WannaCry and NotPetya. We suspect that this vulnerability might also be used soon in ransomware worms and are advising what can currently be done to mitigate the threat.

What You Can Do About It

The SCADAfence Platform for industrial cyber security management, allows you to automate your asset management, uncover vulnerabilities in your software and architecture and continuously detect malware activity.

SMBv3 compression is disabled by default. There’s no documented way to enable this feature. Therefore, any observed SMBv3 compressed traffic should be suspected as an exploitation attempt, since it’s unlikely to be used by legitimate parties.

SCADAfence has added a specific alert when this feature is in use:

If you see this alert, contact our Incident Response team for immediate assistance.

How To Disable The SMBv3 Compression Mechanism

If you need further help or advice, feel free to Contact Us.